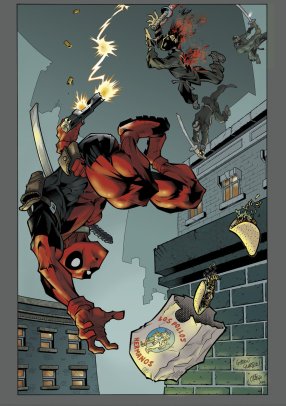 Four days of FanExpo Canada 2012 is a lot to deal with–after, we want to put our feet up and take a few days off, but we immediately have to get back to deadlines and getting tables for the classroom. Which is why it’s taken this long to talk about all the Bootcampers and Holmes Inc. creators we saw at the con. Manystopped by the table to say hi to Ty, and catch up, and Ty and I were pleased to see how many were there as artists exhibiting at the show. Always great to see someone getting a chance to do the thing that makes them happy (–and to make money off of it as well!)

We didn’t get a chance to go ’round and see everyone–Ty was either glued to the table area signing books, doing sketches, and looking at portfolios. I was showing off some of my own work, promoting the school, selling Ty’s sketchbooks etc., or acting as a “runner” trying to find the shortest line to stand in to get a can of cold Coke. Next year–we’re definitely packing a cooler with ice packs! (Only did it one day this year and forgot to take it home for refills!) 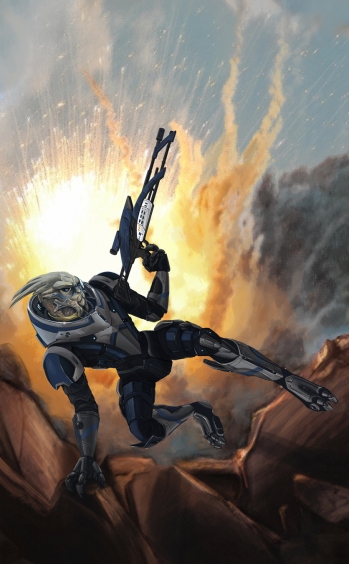 Selena Goulding who was there sharing a table with Meghan Carter to sell prints of their art (we heard that Selena couldn’t keep prints of Garrus in her booth, they were selling so fast!).

I’m kicking myself that I didn’t stop by Meaghan’s table to get a copy of this–one of my faves!

Daniel Wong and Gerard de la Costa were both there with Spent Pencils. We were sitting beside Bootcamper Gibson Quarter who was selling prints, copies of his latest comic Undertow #2, and showing off pages from his upcoming Heroes of the North story (Daniel Wong’s 12-pager for HoTN, The Canadian:  The Man I Think I Am, written by Ty,  had gone live the first day of the con!). 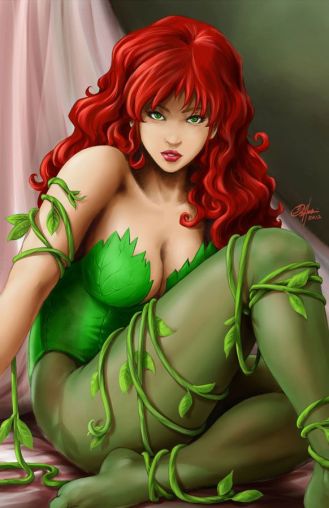 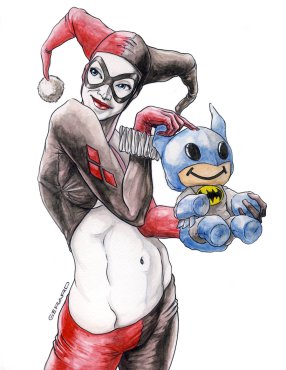 Adam Gorham was sharing a table with his Teuton writer/creator Fred Kennedy. They were both thrilled to be sitting beside Tony Moore (The Walking Dead) who they reported was the nicest, most helpful creator, giving them lots of advice on the industry. 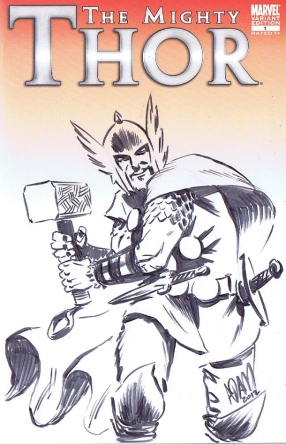 Grant Howarth had a table in Artists Alley for the first time, and shared a portion of it with fellow Holmes Inc. alum Adira Rotstein. Rachael Wells had a table at March’s Toronto Comicon, but this was her first time at “the big one”.

Christopher Yao was at the show, spending some of his time at the booth for The Comic Book Lounge & Gallery/TCW promoting his upcoming classes. Although that kept him busy, he still found time to head over to the AutoDesk Sketchbook Pro booth and drew on their Cintiq monitor. Christopher ended up doing several sketches in the booth; an entranced audience asked for prints from the Epson printers AutoDesk had in their booth, and got him to sign their copies. 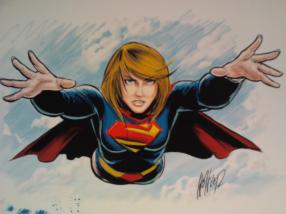 Ty was watching Christopher draw this; if you look closely, you can still see a bit of the “Hi Ty!” Christopher wrote at the bottom to get Ty’s attention.

But all in all, we hope it was a great convention for everyone! Lots of fans, friends and family to talk to, a chance to mix with the comic book community.

Check out the ALUMNI list for other Bootcampers and what they’ve been working on…(it’s constantly being update; if you’re a Bootcamper, and you’ve got some work we haven’t listed yet, send us an email at comicbookbootcamp AT gmail DOT com.)